SIGN PETITION: Vote NO to Decriminalizing Pimps, Brothel Owners, and Buyers of Sex

We, the undersigned, are survivors of the sex trade from many nations, including the United States. We are survivor leaders, activists and advocates. Many of us are direct service providers, working on the front lines of this issue to help people survive the sex trade and to support them in their difficult efforts to leave, should they be ready to do so. 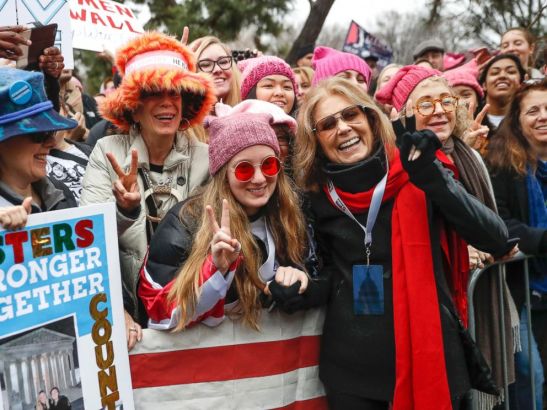 Through our combined lived experiences, we know the sex trade to be an arena where women are regarded as non-human commodities and used and traded accordingly. Everything we have personally witnessed, including in the lives of the adults and youth who we serve, has revealed to us that the majority of those within the sex trade are female and are disproportionately of color, in poverty, are educationally disadvantaged and hail almost always from the most marginalized groups in society. 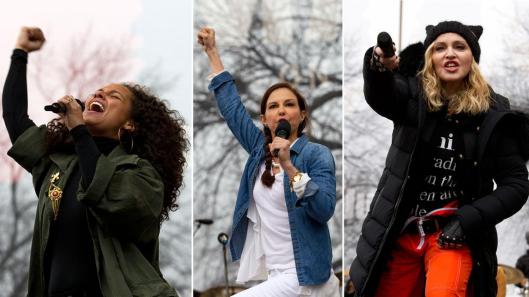 The Women’s March and its supporters are being hoodwinked into listening to the minority of those who report neutral experiences within the sex trade and are being tricked into believing that to be “pro-sex work” is a human rights approach. This is not, in fact, a human rights approach, but rather an approach which perpetuates the status quo of women as commodified goods; i.e. men’s property. It is a thoroughly anti-feminist stance. 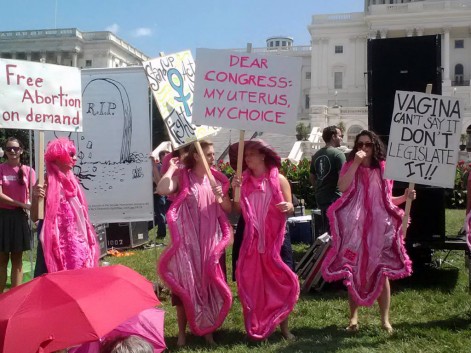 The Women’s March was followed internationally with sister marches springing up as close as Vancouver, BC and as far away as London, England. The world looked to you for guidance and you led them astray. In your ignorance of this political issue you do not realize that “sex workers’ rights” are synonymous with “pimps’ rights”.

Ultimately what you are doing is playing into the hands of male supremacy by providing a platform for those who benefit from prostitution (sex buyers, pimps, traffickers etc) and ignoring and erasing the sex trade survivors’ movement, which exists to put an end to the wholesale dehumanization of women and girls in the global sex trade. 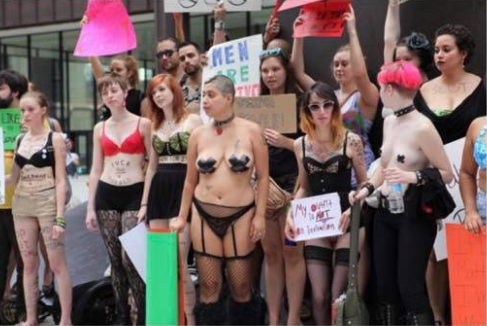 We urge those drafting the Women’s March policy position to educate themselves, to alter their stance on this issue, to disavow the sex trade, and to move toward a position which puts the voices of sex trade survivors front and center. We ask this in our own names, as women who survived, and in the names of those who tried to survive.

Alisa Bernard Feminist activist, survivor of gender based violence and these are my musing on life, culture, society and news from the survivor LENS. 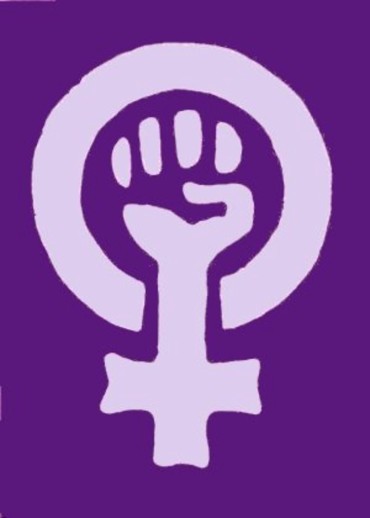 I started to feel some hope again when the Women’s March on Washington took the fledgling shape of an idea, then a group dialogue, then the solidly outlined reality. I could feel that glimmer of hope as the outpouring of love and support from safety pin adorned allies began to cull the misogynistic, racist propaganda from the campaign trail. I take pride in knowing that many women and allies will march together in solidarity to honor leaders of the feminist movements and promote human rights.

It is this unity the march has created that I believe will be what saves the country. The chain that previously bound and segregated us in oppression can be repurposed. That chain can become the backbone of the phalanx that makes us stronger, more united. We can use our oppression as a unifying force linking black woman, Latina woman, lesbian woman, refugee woman, impoverished woman, sexual assault survivors, prostitution survivors, domestic violence survivors and the woman who will need an abortion tomorrow or lived through the horrors of back alley doctors in yesteryears. This was the unity I felt as I pondered my own participation in the march.

Then the hatchet of disillusionment fell, and it fell crushingly hard into my reality.

Like many in support of the Women’s March, I received the “Guiding Vision and Definition of Principles” from the organizers in my inbox the morning of January 13th. I opened it thinking how amazing it felt that my passion for activism was shared with so many other women. I could almost taste the supportive environment wrapping around me like a healing balm.

Then I got to bullet 12… “we stand in solidarity with sex workers’ rights movements.”

I stopped, closed my laptop, took a deep breath and screamed. A truly primal scream. This was not what I expected from a group of women and allies standing up for their sisters. When I read the Women’s March statement after its first editing to read “we stand in solidarity with all those exploited for sex and labor” I sighed relief noticing the patriarchal leanings had been removed. Yet, this morning I was yo-yoed back to anguish and now fury as I saw the March was once again ignoring the realities of prostitution as a patriarchal tool of oppression by re-adding that they stood in “full solidarity with the sex workers rights movement”. I, again, felt abandoned by the very movement that I was holding onto for hope. I, along with my sisterhood of survivors, have already been abandoned by both political parties. We now have absolutely no safe place to go.

The reality is that, regardless of my personal feelings of betrayal, the Women’s March is on the wrong side of the fence on the sex worker vs. survivors of sexual exploitation debate. They have decided instead unquestioningly to endorse men’s self-appointed entitlement to sex. Those who call themselves sex workers are the minority of those within prostitution, regardless of whether they are pimp controlled or not. The vast majority of women within prostitution have substantially less power than the buyers who purchase their bodies to be used as disposable sex toys. It was found that 60% of recovered youth in a 70 city raid had been involved in the foster care system. Another study cited that approximately 9 out of 10 women within prostitution had experienced extreme physical violence while in prostitution. Still another study reported that 85% of girls in the sex trade had already experienced childhood abuse or neglect.

Tell me, exactly how much of a choice is it to be a “sex worker” when you are willing to do quite literally anything else but sell your body for sex? When you are conditioned from a young age to equate sex with man’s satisfaction and gratification rather than your own? And if you don’t turn one more trick, you probably won’t be able to feed your kids and you’re more than likely going to be sleeping under a bridge tonight? It is not a choice at all.

Supporting prostitution is the biggest sell-out to patriarchy a group can make, and I’ve watched for months as the Republican party ignored allegations of sexual assault and exploitation leveled against its nominee. What people are saying when they say they support sex workers is that they are unquestioningly supporting men’s entitlement to sexual access to these women’s bodies. That we are condoning and in fact colluding with the oppression of a class of women who are trapped in the sex trade.

Sure, the Women’s March likely thinks it’s being inclusive by including “sex workers” in their vision. However, how inclusive is it when you only include the few most privileged of us as shiny baubles for your cause? It’s lip service, not support. We prostitution survivors don’t have money backing us. We have broken, battered, drug addicted, homeless, victims and survivors walking through our doors. We’re too tired, and our resources are too spent serving the thousands upon thousands of women that try to escape prostitution every day, to compete for space or media time. And as survivors, we are offended that the Women’s March would support the sex worker movement- the symbol of patriarchal power over our life experiences, without consulting us… at all.

I have numerous survivor sisters and ally friends marching in Washington and in other cities across the US toda. I would not dream of asking them not to participate, as I believe in most of what the march represents. But I hope that all women who are attending don, in addition to their “nasty woman” t-shirts, the blue ribbon of trafficking awareness. It is, after all, human trafficking awareness month. Though many survivors may not have had a trafficker, we didn’t need one in order to be harmed by prostitution. Prostitution and trafficking are intrinsically linked by sexual exploitation. I suggest that all Americans start to #ListenToSurvivors, because we’ve lived it. We survived it. Our lives and experiences deserve to be heard and represented on January 21st during the Women’s March and every other day in America.